Wendy Jensen continued her recent purple patch of form by securing yet another North Harbour centre title when the women’s triples championship was decided at the Milford club on the weekend.

Jensen skipped her Orewa line-up of the vastly experienced and much decorated Gail Dick at two and Harbour’s latest acquisition from Auckland, the promising Jacqui Broderson, at lead to a comfortable win over the Takapuna combination of Trish Croot, Anne Dorreen and Robyne Walker in the final.

Jensen, who in the centre singles a fortnight ago gained her gold star, made it three titles within a few weeks, by beating Takapuna 19-10 with one of the scheduled 18 ends still to be played.

For Dick it was her 14th title and for Broderson her first, though her potential has been obvious for some time. Earlier this season she won the Orewa club’s singles.

While Jensen and her team were seldom in trouble in the final, they had more of a battle in surviving a tense semi-final against the Glenfield triple of Denise Samuels, Puna Paratoa and Paris Baker. Orewa actually trailed 11-0 after five ends and despite a rally still trailed 17-19 with two ends left.

Jensen then dragged the jack for two shots to make it 19-all, going to the 18th and last end. She was holding the game only for a Samuels’ drive to force a replay of the end. Orewa, with Samuels driving desperately but missing, collected four shots for a 23-19 win.

To make the final Takapuna also had to survive a harrowing struggle with the Mairangi Bay triple of Sandra Coombe, Sheryl Wellington and Gayle Wilkinson. Indeed, Mairangi Bay led all the way until the last end and won the majority of ends. But at 13-14 down on the 18th end Croot picked up a three for the narrow win.

Earlier, the breaks had also gone the way of the Takapuna triple with a narrow quarter-final win over Birkenhead’s Mavis Smith, Adele Ineson and Millie Nathan.

Also played at the weekend was the men’s singles championship, in which distinguished veterans, Orewa’s Wayne Wrack and Colin Rogan, emerged as the two to contest the final at a date and venue to be determined.

In the semi-finals Wrack prevailed over the promising Daryl Read, a dual member of the Belmont Park and Takapuna clubs, and Rogan beat another seasoned player, Takapuna’s John Janssen.

There were several close and surprising results in this event, especially in post-section play where a south-westerly wind at Milford made for tricky conditions. Rogan won a 21-20 thriller over Riverhead’s Steve Cox, with the latter coming from a 5-15 deficit to almost clinch the result.

Janssen followed some top results at last month’s nationals by narrowly edging out Beach-haven’s Garry Banks, who gained a similarly nail-biting win over Takapuna’s Trevor Forward who earlier had come from behind to upset Browns Bay’s Adam Haywood.

He made the quarter-finals by beating Orewa’s former Black Jack and national champion, Kerry Chapman, 21-19. And to make the play-offs Nolan emerged as a surprise winner in a tough section which included such accomplished players as Takapuna’s Norm Scott-Morrison and Chris Taylor and Birkenhead’s Jimmy Heath. 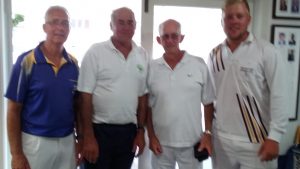 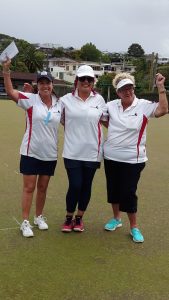 UPDATE FROM THE BOARD