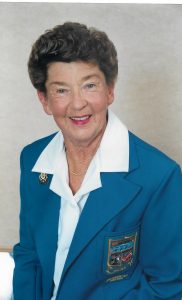 She started her career at Browns Bay from where she was selected for the Nth Harbour Junior team [1993/4] and was a very successful Junior bowler(and senior?) ” how time dulls memories”

We shifted to Orewa in 1996 because of Josie’s health problems, [we had to find a house “flat and on the flat,”] where Josie continued her most successful career not only as a competitive bowler but as a member of the executive.

Our condolences to you, Michael, and your family.   Michael is a life member of Bowls North Harbour