Headed by Selina Goddard, even if officially entered under her Carlton-Cornwall Auckland club, North Harbour bowlers performed with distinction at the recent national championships on Auckland and Harbour greens.

Goddard made the national women’s singles final, where she lost narrowly to Hinuera’s Debbie White. But she has Harbour affiliations as a North Shore resident and member of the Belmont Park and Stanley clubs making her eligible to play for Harbour at inter-centre levels. 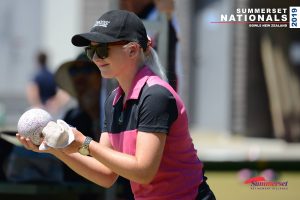 While the youthful Goddard, who seems certain to regain her Black Jack position, provided the Harbour highlight several others from the centre achieved excellent records.

Centre board chairman Graham Dorreen, a driving force in coaching and selection policies, was rapt with the performances, believing they reflected well on the playing programmes and structures that have been put in place, including a lengthy pennants competition.

“It’s arguably the deepest such a wide cross-section of our bowlers has gone in the nationals,” he said.

Besides Goddard, Orewa’s Lisa Parlane made the last eight in the women’s singles and there were many fine efforts in the pairs. Trish Croot and Elaine McClintock, playing with non-Harbour partners, both made post-section play, with McClintock only going out 17-18 to the eventual champions, legendary Val Smith and Lisa Prideaux, who has returned to New Zealand after enjoying much success in Australia.

Wendy Jensen and Anne Dorreen also made the last eight and Adele Ineson and Robyne Walker also made post-section. 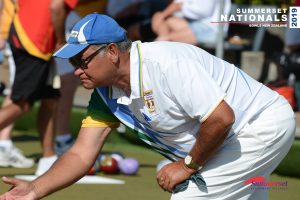 In the men’s events one of the centre’s veterans, Riverhead’s Grant Goodwin, and one of its youngest members, Daryl Read, won the most plaudits.

Goodwin made the last eight in the singles, sensationally eliminating one of the game’s greats, Gary Lawson. When down 18-20 and two shots on the deciding last end he drove off Lawson’s counters and left himself with three for a 21-20 win.

Grantham, Australian-based Kiwi Chris Le Lievre and a national gold star holder Petar Sain, provided some dramatic, absorbing bowls in early post-section play at the Takapuna green. Grantham lost a tense match to Sain, a contest which featured two past singles champions. Sain then went out to Le Lievre in another thriller. Both games were worthy of being finals, such was the quality of play.