Three outstanding bowlers, and a distinguished umpire and administrator, were the first inductees into Bowls North Harbour’s Legends at a ceremony at the Browns Bay club held in conjunction with the centre’s pennants finals on 8th November 2020

The bowlers, all of whom achieved national and even international success, were Barbara Kunicich, Marlene Castle and Danny O’Connor, while the umpire-administrator was Mairangi Bay’s Jean Ashby,

Both Castle and Ashby were present at the induction, but Kunicich and O’Connor have passed away and relatives attended to accept their accolades.

Kunicich, who played most of her bowls for the old Bayswater club and in the Waitemata women’s centre which was one of Bowls North Harbour’s antecedents, won 15 centre titles and four national titles.

She also represented New Zealand at world championships in 1981 and 1985. As the dominant women’s player on the North in the 1970s and 80s, she influenced many later champions, including Sunnybrae’s Mary Gulbrandsen.

According to Gulbrandsen, Barbara Kunicich, in an era when many skips were uncompromising martinets, stood out for her tolerance and the pleasant guidance she always showed to younger bowlers.

Castle developed as a bowler in the Auckland centre, first gaining national representative honours from there at the 1990 Auckland Commonwealth Games, when as lead in the fours she won a silver medal.

She went to three more Commonwealth Games and to several world championships, winning a host of silver and bronze medals, with her one gold coming at the world indoor championships in 2000.

She was an inaugural inductee into Bowls New Zealand’s Hall of Fame in 2013.

Between 1994 and 2000 she played her bowls for the Orewa club, achieving many successes in that short span: six centre titles and two national titles with Paulette Mytton in the pairs and with Mytton, Gulbrandsen and Carole Fredrick in the fours. 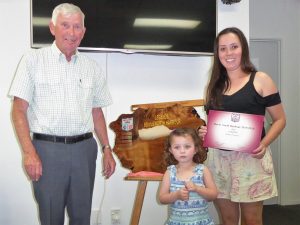 O’Connor also achieved his first bowling fame in Auckland as a member of the Okahu Bay club four which contained his great friend Rowan Brassey and was skipped by Nick Unkovich, winning several national titles.

He joined Brassey in a move to the Harbour centre in the early 2000s and spent his last competitive decade with firstly the Takapuna club and then Birkenhead.

Regarded by Unkovich as one of the New Zealand’s best ever threes in a four, O’Connor did not play as much internationally as his talents warranted, but he did win a Commonwealth Games silver medal in Brisbane in 1982. 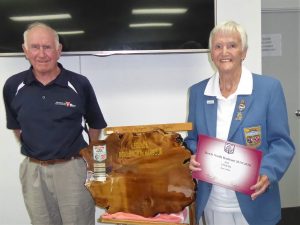 Ashby joined Mairangi Bay in 1967 and soon became a competent player. But because of difficulty playing midweek because of her employment as a secretary she moved to umpiring, a role in which she excelled, becoming an expert on the game’s playing laws.

She quickly became internationally qualified and umpired two major events: the women’s world championship singles final at Henderson in 1988 and the 1990 Commonwealth Games at Pakuranga between Millie Khan and Geau Tau from Papua New Guinea. This was the emotionally-charged match played under the shadow of the cot death on the morning of the game of Millie’s infant grand-son.

Jean also served the game as an administrator, as president of the national women’s association and then as an independent board member of Bowls New Zealand.

She is a life member of Mairangi Bay, of Bowls New Zealand and after winning a life-time achievement was made a Bowls North Harbour life member this year. She also received a New Zealand Order of Merit award in 2004.

Chairman of the legends voting panel, Gary Stevens, gave an outline of the concept and its history and said it had been a difficult task deciding the initial inductees. There were obviously many others worthy of consideration.

With the “Legends” intended to be a regular part of the centre’s awards function in the future it was certain there would be further additions.