I marked (and thoroughly enjoyed) this game today.

Game was played in gusty conditions on the quick, well prepared and true Milford green. Thanks to the Club for its facilities.

You will see that this was a very competitive game won by Wayne.

There were a number of kills and the standard of bowls was very, very high considering the wind.

At 15 – 13 the game could have gone either way but Wayne was then more consistent in spite of a late fight back by Colin.

Worth noting that Wayne has now won the Centre Singles Championships in the Far North, at North Harbour and Auckland. Great record. 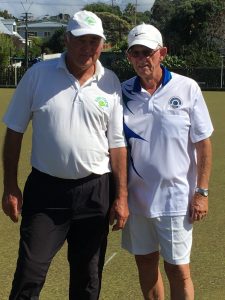 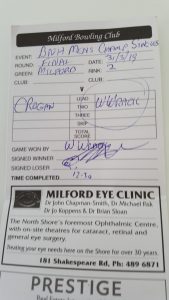 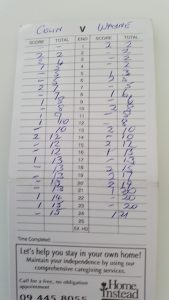