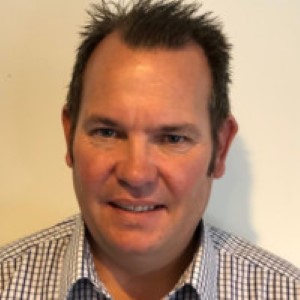 Bowls North Harbour’s new board chairman Steve Yates has set himself the task of overcoming what he sees as the major challenge for the sport at present as he takes over in his role from Mairangi Bay’s Tony Popplewell.

That is what he perceives as too much negativity and unfounded gossip within the bowling community.

For the sport to continue to thrive the centre and all of its clubs must strive for greater unity. This, though, he emphasises, does not mean an end to debating any issues or differences.

“I will always welcome debate as long as its constructive and done with respect,” he says.

Yates, who was seconded to the board just before Christmas, succeeds Popplewell, who has stepped down as Chairman for personal reasons after holding the position since the 2019-20 season.

The entire Board would like to thank Tony for his dedication, leadership, guidance, and the amount of time where he went above and beyond in his role as Chairman of Bowls North Harbour.  Tony will be sorely missed by everybody, and we hope that in the future he will still be involved, in some capacity, within the bowling community.

Yates. meantime, is fully intent on projecting Harbour, already one of the country’s leading bowling centres, on even more positive progress and embracing a winning culture, albeit one done with an appropriate pride.”

Yates, aged 47, has a strong background both in the game and in his business career.

He was general manager of Auckland Bowls and is still on the board of the Auckland Bowling Club, which is New Zealand’s and one of the world’s oldest clubs. He has been a member of the Birkenhead club for 14 years and has compiled a solid record in club and centre championships.

He is currently in the open representative squad and has played alongside several top players, including the late Rod Mahon, Shane Gibson, Jack Huriwai, Jimmy Heath, Garry Banks and a Black Jack Mike Nagy. As a talented junior he won with Banks the Milford 5000.

Currently in business as an international freight consultant, he has held executive positions with high profile companies like Air New Zealand and Armourguard.

The son of Alan Yates, who came to New Zealand in 1970 on a professional football contract, Steve was born here and educated at Westlake Boys High School. Before his career ended with a compound fracture of the tibia he, too, was an accomplished footballer who played national league for North Shore and represented New Zealand at age group levels.

As well as building a cohesive relationship with the centre’s main stakeholders, its clubs, he is making increasing an already good relationship with Bowls New Zealand another priority. There has already been a major coup in that area to launch his leadership of the centre.

He confirms that for the upcoming national inter-centre championship, which North Harbour will host on March 17-20, the centre, along with Auckland, has been given the privilege of having two men’s and two women’s teams competing. This has enabled Bowls NZ to avoid byes caused by the non-entry because of costs of some of the South Island’s smaller centres. That will give a wide range of Harbour bowlers the chance of playing at the highest representative level and can only enhance the playing depth.