Two of the North Harbour’s most accomplished bowlers, Browns Bay’s Kerry Chapman and Brent Turner, combined for an impressive win in the men’s championship pairs final at Mairangi Bay on the weekend.

Turner’s immaculate drawing and Chapman’s power on the drive were too much for Riverhead’s Steve Cox and Duane McDonald with a 19-10 win in the final.

Turner now has a staggering 26 centre titles and while it was only Chapman’s sixth the former Black Jack international has a number of others from his time in the Northland and Auckland centres.

It became a double for Browns Bay when Lisa Parlane and her lead Anne Dorreen added to their many successes with a comfortable 19-6 win over Takapuna’s Marguerite Sakey and Connie Mathieson in the women’s final.

Parlane, who is also an Auckland gold-star holder, now has 14 Harbour titles and Dorreen, despite having been a player for less than 10 years, already has eight.

It was another frustration for Sakey and Mathieson, who have often figured in centre post-section play without winning a final together. Mathieson, however, has won two titles playing with Birkenhead. 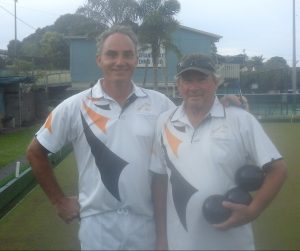 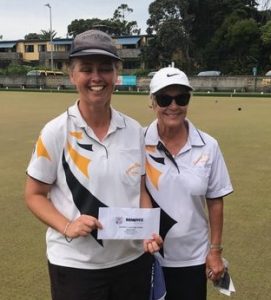