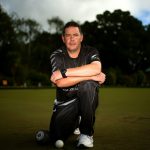 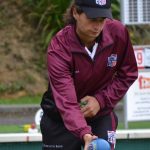 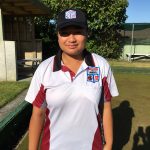 The Bowls New Zealand Blackjacks, Para-Sport team, and the talented young athletes that make up the NZ Development team, are making the short journey across the ditch to play the Trans Tasman Test series in Australia specifically, at the Broadbeach Bowling Club on the sunny Queensland Gold Coast – home to the upcoming Commonwealth Games Lawn Bowls events.

We all know the fierce competitive rivalry that exists between our two countries in every sporting code. Rest assured, our sport is no different! Playing Australia in Australia has its own unique set of challenges, however those challenges are all taken in stride when the opportunity of taking to the green wearing the black shirt and silver fern of New Zealand comes along. While the New Zealand playing season is only just kicking into top gear, preparation work behind the scenes for these teams has been ongoing by players and coaches alike.

The Blackjacks named for this campaign all had time on the green in the June event and will be returning with a huge desire to not only challenge for individual Men’s, Women’s and overall series wins, but also to individually stake a claim for inclusion in the team to be selected for the upcoming 2018 Commonwealth Games. Similarly, the Para-Sport athletes will be keen to not only challenge their Australian counterparts for series honours, but also looking to impress the selection panel, pushing for inclusion in the Commonwealth Games Para-Sport team.

For the Blackjacks, Para-Sport and Development players alike, the Trans Tasman is played over three days, each daily test comprising rounds of matches with disciplines changing each round – Singles / Fours and Pairs / Triples for Blackjacks and Development, and Pairs / Triples for Para-Sport. The June event saw the Women’s Development team securing the only test win for New Zealand in that campaign, winning the day three third test with three wins and a draw to Australia’s two wins and a draw. That test win provides a valuable boost in confidence for the Development team, knowing that if it’s been done once, it can be done again.