Overall, the Bay of Plenty bowlers, he says, adapted far better to the pace of the Katikati green.

“Both our premier one teams were outplayed by their Bay of Plenty opposites,” Dorreen says. “Their leads and twos were all over the jack and our skips were put in a position where they were unable to dominate.

“The Bay players got the weight of the green far better than we did.”

Harbour was without three regular women’s representatives, Selina Smith, Anne Dorreen and Lauren Mills, but there were no excuses for the performance.

And there were some positives. In the third round the premier women won all three matches to salvage some pride and combined with the overall results from premier two came out square with the Bay.

But the men’s premier one and two lost overall.

It was, however, Dorreen says “a really good learning exercise” and the nationals were still some weeks away providing plenty of time to improve. 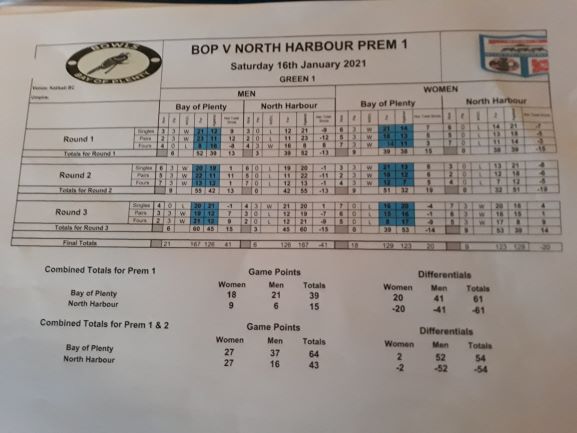